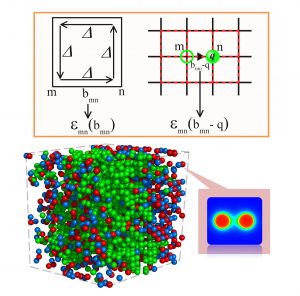 Modeling electrostatic interactions in inhomogeneous dielectric media has been a significant challenge for the soft condensed matter community. We develop novel, fast local lattice Monte Carlo (MC) algorithms, which scale with the particle number N as O(N), to simulate a wide variety of systems involving charge interactions in inhomogeneous dielectric media based on solving Gauss’s law. We aim to explore the new electrochemical and mechanical properties of ion-containing systems with an emphasis on the ion solvation effects and provide strong supports for some challenges in creating and designing functional and ideal energy storages. 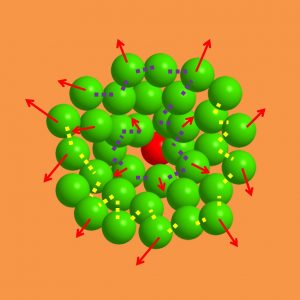 Ion solvation often serves as a major driving force that alters the thermodynamic properties and dynamics of polymer electrolytes. However, the effects of chain connectivity of macromolecules often complicate our understanding of the systems. To focus on the dielectric nature of ion-containing polymers, we have been developing coarse-grained molecular dynamics and Monte Carlo simulation methods based on the polymerized Stockmayer fluids. Our primary interests include the effects of electronic polarizability and hydrogen bonding on polymer electrolytes. Both the ionic conductivity and the mechanical robustness of such systems are of particular concern to our group. 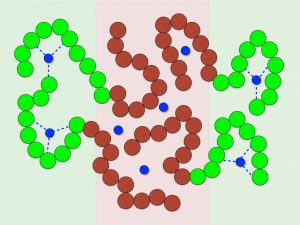 Microphase separations of diblock copolymers have important applications in nanotechnology, such as lithium-polymer rechargeable batteries. Among others, hydrogen-bonded or strongly associating polymers are an important class of materials in polymer engineering. We have been developing some mean-field theories that account for the specific interactions (such as hydrogen bonding and multiple complexations between salt and polymer, among others) to control microphase structures. We also focus on the nature of the lower-critical solution temperature (LCST) existing in this system. 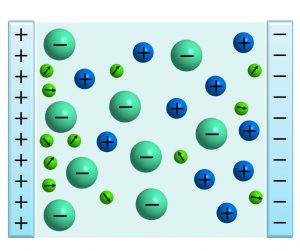 Liquids containing ions and dielectrics confined in molecular-sized regions have promising applications for electrochemical devices, such as supercapacitors and fuel cells. These energy storages involve the complexity arising from effects of the permanent and induced dipole moments, hydrogen bonding, and electrostatic correlations. These ingredients are often significantly affected by the dielectric response of the species. By developing some coarse-grained theories and simulation techniques, we have been specifically studying how the effects of dielectric inhomogeneity affect these systems. In this context, ionic liquids are of particular interest to us. 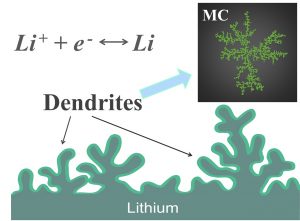 The formation of lithium dendrite during recharge cycles leads to short circuits and even catches fire. Of particular difficulty is modeling a time evolution of the dendrite formation by simultaneously accounting for electronic and molecular time scales, especially in polymer membranes. To overcome this challenge, we have been developing our new algorithm as a hybrid of a lattice Monte Carlo (MC) simulation and a statistical field theory. Our interests include how the effects of hydrogen bonding and the dielectric nature affect the dendrite formation in polymer membranes containing ionic liquids. 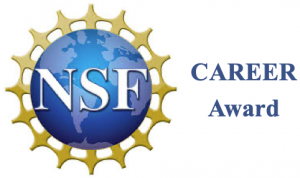